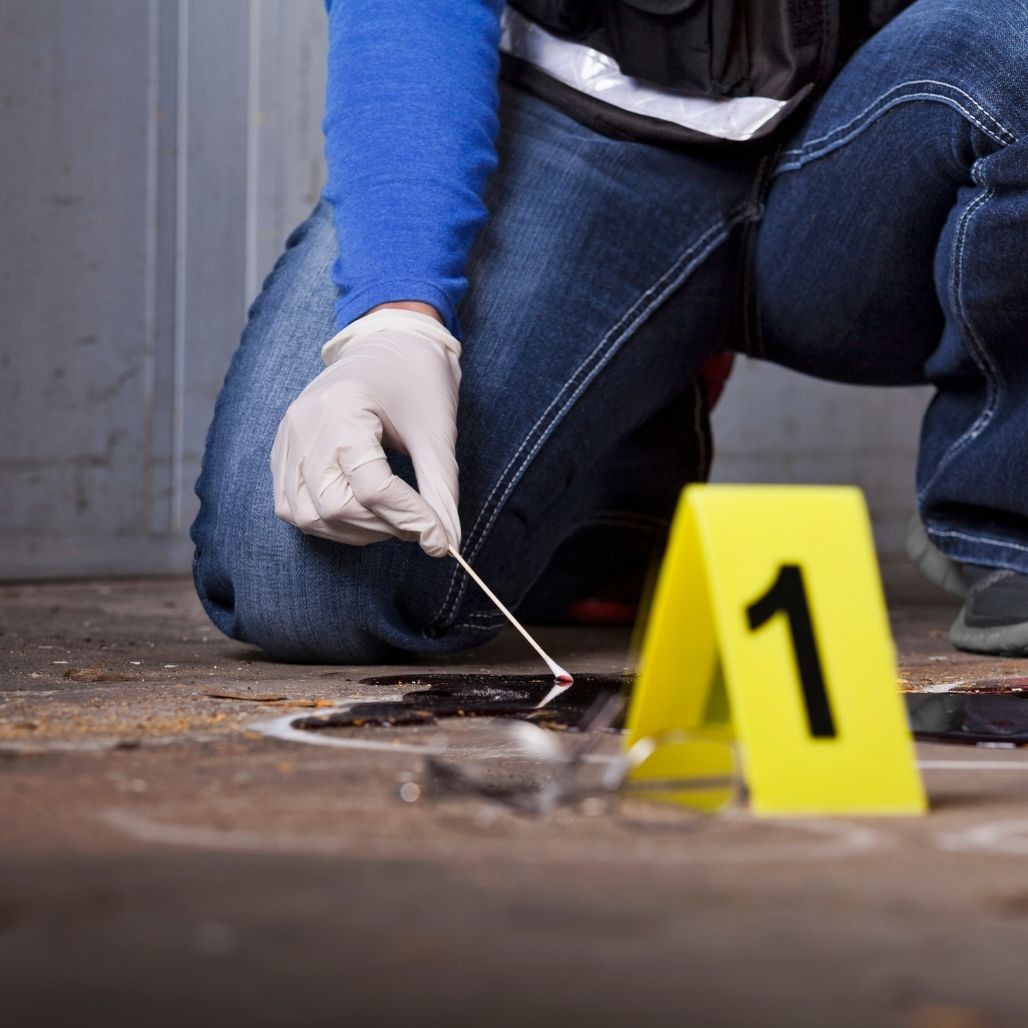 Summary – When swabbing for blood or bodily fluids, ensure your swabs and applicators are DNA controlled to prevent sample contamination.

Use our quick navigation below to find detailed information about each topic. If you need any help don’t hesitate to contact us using the form at the end of the article.

When it comes to sample collection there are two very different types.

One is swabbing for blood or bodily fluids, the other is collecting trace evidence.

When choosing the right kind of swab, it is strongly suggested to choose DNA-Controlled Swabs.

These are swabs that are most specifically labeled DNA-Free or DNA-controlled to indicate that it is free of human DNA contamination.

Among forensic sampling collection tools, the flocked swab has proved to be popular because of its its unique micro structure.

This micro structure makes it a better alternative to the standard cotton swab by virtue of its structure that can collect, retain and elute specimen. This makes it perfect for PCR, molecular assays, DNA testing and direct antigen testing.

Cotton swabs are versatile tools in sample collection. Depending on your use, individually wrapped cotton swabs or swabs that come with dry transport tubes are best.

If you have an ample sample material than cotton can save your forensic team money. Whereas flocked swabs are extremely useful when you need superior collecting abilities, cotton swabs excel when you are dealing with a large sample.

Foam swabs, especially those with an oversized tip, maximize specimen collection and preservation. Foam swabs can be used to collection saliva, blood, or other physiological fluids. Because of the larger surface area of the swab head, you will be able to collect larger quantities of your sample.

Foam swabs when used on patients reduce discomfort caused by cotton and other fibers. Foam swab samples can also be transferred to FTA cards.

Cuticle sticks collect trace evidence such as skin cells found in fingernail scrapings. The double-beveled edges of some orange sticks make sampling collection easy and minimize discomfort. Cuticle sticks used for forensics must be DNA-free and come individually wrapped to ensure an accurate sample can be taken.

Puritan Medical Products created the cap-shure cap to minimize cross contamination during transport. Microbiology labs and genetic testing facilities have benefited from cap-shure technology since 2014. Because the cap-shure is a method of transporting materials, the technology is found paired with Puritan’s flocked or cotton swabs with wood or plastic polystrene handles.

Where can I buy forensic swabs?

Find all the forensic swabs you need at AllSwabs.com with over a decade of experience supplying companies, research centers, police departments and first responders with the swabs and sampling collection devices they need.

The experts from Harmony Lab & Safety Supplies have a new storefront for swabs and applicators along with free shipping on most orders over $150. Shop swabs for all industries, along with DNA-Free forensic swabs and other quality swabs made in the USA by top brands such as Puritan Medical Products. Visit allswabs.com for fast and free shipping and the largest selection swabs in the USA.

Don’t hesitate to reach out to our sales and support team. And feel free to contact us if you have any other questions.

Monkeypox Testing Swabs – FAQ
What is the difference between medical and regular cotton swabs?